It’s our goal to share and celebrate Hudson’s life with you, to teach others about prematurity and to raise awareness and funds that will help future babies in the NICU. Please help us share our story and grow our cause. Together this can become infectious and reach the world! We’re proud of what we’ve accomplished so far and are excited to see what the future will hold. Together we CAN and WILL make a difference!

Back by popular demand…Tea School Days!! Starting TODAY through October 12th, save 15% off your order and 15% of your total order is donated back to the #hdmfoundation helping preemies in the NICU! Visit www.teacollection.com and use promo code SDF20HUDSOND at checkout to receive this offer!

Due to Covid-19, infection control is of utmost importance, especially when it comes to a premature baby in the NICU. There has been a significant increase around visitation restrictions, and many families are not able to be with their baby.  The #hdmfoundation has recently funded multiple communication devices (such as iPad’s, locking cases, rolling carts, cameras, journaling supplies, etc. so that families are able to virtually reach out to be with their loved ones.

The Hudson David McNeel Foundation wraps up 2019 with a year end gift to the NICU at UWMC, which will fund two neonatal infant transport incubator pods, to be used by Airlift Northwest, servicing the NW region (Washington, Alaska, Montana & Idaho) by providing rapid flight transport to the most vulnerable, neonatal patients. Breathing difficulties are one of the most common health problems in premature babies. We are also helping develop the Neonatal Otolaryngology Program to provide services to support airway development. This year end gift will purchase two flexible laryngoscopes with video processors, specially designed for the smallest airway passages. Last but not least, the NICU at UWMC is establishing a Reach out and Read program, a national literacy program and physician partnership, known for its impact on families around the encouragement of reading starting at birth. Not only does this help promote critical brain development, but is also a wonderful way to promote bonding and stress management. Our donation will fund the set up of this program in the NICU.

The Hudson David McNeel Foundation’s June monthly feature, going back to the reason behind our mission.  https://bit.ly/2SyGV8U

Heather & Warren had the pleasure of attending an Airlift Northwest evening reception hosted by Lisa and Charles Simonyi at Airlift’s hangar at Boeing Field. The evening featured all of Airlift Northwest’s aircraft, fixed and rotary wing, as well as a Vietnam War era Huey helicopter to showcase how far the air medical industry has come since its inception. The highlight of the evening was learning about the 3,800+ patients served every year by Airlift Northwest, of which 16% are pediatric, including neonatal patients.  Each flight crew is equipped with at least 1 pediatric emergency medicine trained nurse, along with an isolette infant incubator for the smallest patients.

The Hudson David McNeel Foundation is thrilled to announce their first monthly feature, highlighting a NICU graduate.  Each month we will feature a new topic surrounding all things prematurity related.   https://bit.ly/2y6M12S

The Hudson David McNeel Foundation is honored to be featured in this month’s edition of Preemie Professionals Preemie World. 👣💜
Together we’re raising awareness and doing great things to help those affected by #prematurity! https://tinyurl.com/y6abd7dl

Heather is nominated for the Maria Hall Award at UWMC for Excellence in Patient and Family Centered Care.

The HDM Foundation partners with Heidi Kuipers of Park Lane jewelry and raises over $400 in one evening.

The HDM Foundation contributes nearly $65,000 this holiday season to support the work of the Respiratory Therapists, the ISEEU Program to help siblings of NICU patients learn coping skills, and technology & equipment that will aid in the treatment of continued premature care.

The HDM Foundation celebrated another successful “preemie power” campaign for #givingtuesday. This annual campaign is fueled by the love and generosity of our supporters who believe in our mission to help each and every premature life!

The Pitter Patter 5k fundraiser at Seward Park was a huge success!  Everyone had a great time, and together we took big strides for little lives!  Special thanks to Julie Scozzafave Real Estate and Seek Empowerment for being our top two sponsors and amazing event day volunteers!

The Hudson David McNeel Foundation is thrilled to announce our top key sponsors for our upcoming fundraiser on October 7th! Julie Scozzafave Real Estate, Seek Empowerment, Thrive Community Fitness and Park Lane by Heidi Kuipers are going to be a very exciting additions to the Pitter Patter 5k! 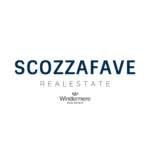 Plans are underway for the HDM Foundation’s 7th annual fundraiser!  A commitment has been made for the event and now it’s time to gather the volunteer committee!

Heather participates in a photo shoot at UWMC and receives a demo of the latest piece of equipment purchased by the HDM Foundation for the Neuro NICU, a continuous and portable EEG machine.

The HDM Foundation gifts $60,363 to the NICU at the UWMC.  These funds will provide continued nursing education, critical unit wide quality initiatives, milk warmers, the latest non-invasive technology to monitor preemies for jaundice, and lastly, a continuous EEG monitor for those critically ill, to detect, monitor & respond to non-convulsive seizures.

The HDM Foundation’s 6th annual fundraiser!  Held at the Bellevue Botanical Gardens, the evening featured wine tastings with ONEHOPE as well as a silent auction.

Heather & Warren meet with Dr. David Loren to discuss a technology project in the NICU that the Foundation could possibly help with.

Heather & Warren participate in a photo shoot at the UWMC NICU for media purposes.

The HDM Foundation is featured in UWMC’s Accelerate

The HDM Foundation partners with glassybaby, offering a month long giving code. 10% of all online purchases using code ‘hudson’ during the month of December is donated to the HDM Foundation.

The HDM Foundation contributes $50,000 towards the purchase of a new transport incubator, providing a stable and safe journey for babies moving into the NICU.

Heather featured in ‘Mom on a Mission’ by Macaroni Kid. Learn More.

Heather begins serving her 4th year on the NICU Advisory Council board, designing programs to help preemies and their families.

The HDM Foundation makes a $46,000 donation in honor of Hudson’s 5th birthday. These funds purchased unit necessities, equipment, staff training and development, continued nursing education and funding towards various programs to assist preemies and their families.

The HDM Foundation partners with glassybaby and offers the week long giving code ‘hudson’ for all purchases. 10% is given back to the NICU at UW Medical Center, in loving memory of Hudson.

Heather & Warren participate in the filming for by Dr. David Loren in the NICU, featuring a parent voices documentary of their journey through the NICU.

The HDM Foundation finalizes the completion of their video. https://vimeo.com/141217672

The HDM Foundation partners with Andrew Joslyn; a violinist, composer and producer in the sound creation for their video project.

Heather & Warren attend the UW Dean’s Circle Celebration at the Seattle Art Museum, in recognition of our support to improving the health of the public.

The HDM Foundation’s 4th annual fundraiser – a Caspar Babypants benefit concert with special guest Josie Bissett at the SJCC on Mercer Island. This event brought the biggest turnout to date!

The HDM Foundation partners with Ransom Reel Productions in the creation of a video highlighting prematurity. Filming began at the UWMC NICU.

Heather begins her 3rd year serving on the UWMC NICU’s Advisory Council Board, which meets monthly.

The HDM Foundation partners with glassybaby and offers week long giving code ‘hudson’ to be used at check out. 10% of all purchases are donated to the HDM Foundation, in support of prematurity.

The HDM Foundation partners with Amazon Smile. This means that 0.5% of eligible purchases from our supporters are being directly donated to premature care! Learn More about Amazon Smile!

Heather and Warren participate in an interview with Dr. David Loren regarding a parent voices documentary, highlighting the NICU journey.

Heather and Warren participate on a panel, presenting to NICU staff at the Healing Hearts workshop.

The HDM Foundation is awarded 501(c)3 status by the IRS.

Heather and Warren had the privilege of participating in Paul Ramsey’s holiday video, The Power of Generosity.

The HDM Foundation partners with glassybaby and offers the week long giving code ‘hudson’ for all purchases. 10% is given back to the NICU at UW Medical Center, in loving memory of Hudson.

Heather and Warren participate on a panel, presenting to NICU staff at the EOL workshop.  This workshop helps the staff gain knowledge and tools to use when working with families going through the grief process.

The HDM Foundation’s 2nd annual fundraiser held at Fox Hollow Farms was a huge success! With over 200 people in attendance, a record amount was raised for the NICU!  A wonderful time had by all!

Heather joins the NICU Advisory Council and attends monthly meetings at the hospital.

The Foundation’s first gift was made to University of Washington Medical Center NICU in loving memory of Heather’s father.  Donations collected upon his passing were dedicated to his Grandson’s Foundation.

Heather and Warren tour the newly opened NICU at the University of Washington Medical Center.

Meeting with Sound Creative to begin working on Foundation’s website.

The HDM Foundation’s 1st fundraising event was a huge success! Art exhibit and silent auction featuring the lifetime collection of Inez Starr, kindly donated by the Simon family. The event was held at Blakely Hall in the Issaquah Highlands.

Heather’s story regarding profound medical care at the UWMC’s NICU featured in the “letters to the editor” section in Columns Magazine for University of Washington Medical Center Alumni. http://www.washington.edu/alumni/columns-magazine/june-2011/letters/

Hudson’s story featured on the Issaquah, Sammamish and Beyond website. http://www.issaquahsammamish.com/